Expert, the author of analytical materials on demography, Naila Verdiyeva was born in Baku in 1982.  She is the head of the Demography and Population Development unit of the Ministry of Labor and Social Protection of the Population of the Republic of Azerbaijan.

Her overall working experience is 14 years 10 of which she has worked in the specialty.

She is heading the group for the development of population forecasts of Azerbaijan, which for the first time in Azerbaijan has prepared forecasts for the economic regions. This work is carried out jointly with experts of the Karlov University (Prague, Czech Republic).

Naila Verdiyeva is also being the national coordinator on the issues of population aging and represents Azerbaijan in the UNECE and UNESCAP working groups. She has developed the first and so far the only encyclopedic dictionary on population in Azerbaijan. She has been actively involved into the process of developing of the Employment Strategy and the  State Program in the field of population and demographic development. Mrs. Verdiyeva participated as an expert in joint projects of UNDP, UNFPA, WB.

Naila Verdiyeva holds the masters degree from the Karlov University, specializing in Demography and she is being in the process of gaining her doctoral degree from the same university. 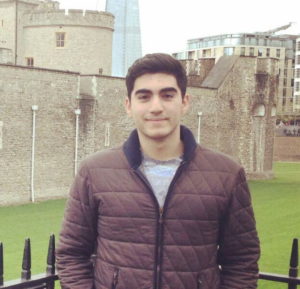 In 2013 Tural graduated CIEI “XXI-century” with a gold medal and a diploma of the International Baccalaureate system.

In 2013-2016 he studied International Relations in the Queen Mary University in the UK.

In 2017 Tural got master’s degree from the University College of London where he studied “The Political Analysis of Russia and Eastern European Countries”.

His working experience began from the internship in “Temiz sheher” OJSC. Furthermore, Tural volunteered at the Committee for Organization of the Eurovision-2012 song contest; International European Games Baku-2015 and the Islamic Solidarity Games Baku-2017.

Tural worked in his specialty in “TAIS-IKF” LLC in 2014; in the Office of the National Assembly in 2015 and in the embassy of the Republic of Azerbaijan in Great Britain in 2016.

In 2014-2016 Tural founded on a voluntary basis the Society of Students from Azerbaijan, where he has been the president and later a member of the Managing Board.

Tural is being the champion of Azerbaijan in tennis, and holds a brown belt in karate.

Currently, Tural is enrolled for doctoral studies in “Political Theory” at the Academy under the President of the Republic of Azerbaijan.