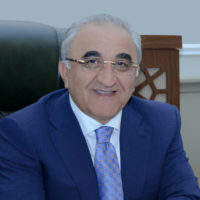 Chairman of the Board of Trustees

Entered the School of Economy of Kiev State University named after Taras Shevchenko in 1985 and graduated from with honors in 1990. He entered the doctorate of the Kiev State University in 1995 and successfully defended the doctoral thesis on “Integration of the transition economy into the world economy” in 1998. He was employed as a professor at the Academy of Public Administration under the President of the Republic of Azerbaijan beginning from 1999 and taught the disciplines “Macro-economy”, “Public regulation of economy” and “Economic policy of Azerbaijan”. He is the author of 3 textbooks, 3 monographs, 3 education programs and more than 60 scientific articles.

Since 5th of March, 2014 he is the rector of the Azerbaijan State Economic University (UNEC). 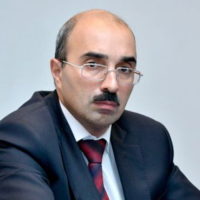 In 1997 he graduated with distinction from Baku State University, the faculty of “Legal Studies”.

His work experience includes positions of an adviser to international law company “Azleks”, chief lawyer at the Social Protection Fund for the Disabled under the Ministry of Labour and Social Protection of Population, chief adviser to Corporate Governance Section at the Ministry of Economic Development of the Republic of Azerbaijan, deputy head of department and later the  head of department at the State Department of the “Historical and Architectural Reserve of Icherisher”.

He worked as deputy head and head of the Administration of the Ministry of Education of the Republic of Azerbaijan from 2013 to 2016.

He was awarded “The Medal for Distinction in Civil Service” by an Order of the President of the Republic of Azerbaijan dated 22 June, 2015. He is a junior adviser of civil service.

He also worked as deputy Minister of Education of the Republic of Azerbaijan since January, 2017 until January 2018.

On January 22th, 2018 Matin Balasan Eynullayev is appointed a deputy minister of taxes of the Republic of Azerbaijan. 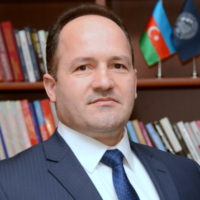 He completed his secondary education in Hajikhanli school in the same region.

In 2011 Zeynalov defended his thesis on “Legal Regulation of Relations between the State and Municipal Authorities” and became a PhD in Law.

His work experience started from the position of an accountant at the Republic Savings Bank of Garadag district Office in August of 1992, where he continued working as senior economist and senior auditor.

Currently Mr. Zeynalov is a Vice-rector for Economic Affairs at the Azerbaijan State Economic University (UNEC). 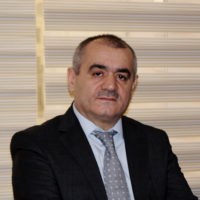 In 1989 he graduated from the Oil and Chemistry Institute named after M.Azizbayov, the faculty of Engineering & Economy.  He studied at the Azerbaijan State Oil Academy from 1991 until 1993.

In 2010 gained a Ph.D. in Economics and started to work as an associate professor.

Since 2002 he is working as a lecturer at the Azerbaijan State Economic University (UNEC). In 2008 he started to work there as the head of the “Taxes and taxation” department.

He is the author of 4 textbooks and teaching aids and 2 monographs on various fields of the economy. He published more than 60 scientific articles within the Republic and abroad. 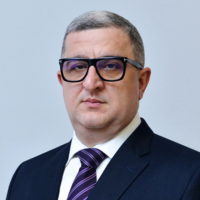 Huseyn Abbas Aliyev was born in Baku in 1971.

In 1993 he graduated with honors from the Baku State University, faculty of Oriental Languages and Literature.

From 1994 until 2013 Mr. Aliyev held various managerial positions in local and international companies.

Since 2013 Huseyn Aliyev is an advisor to the Minister of Education of Azerbaijan.