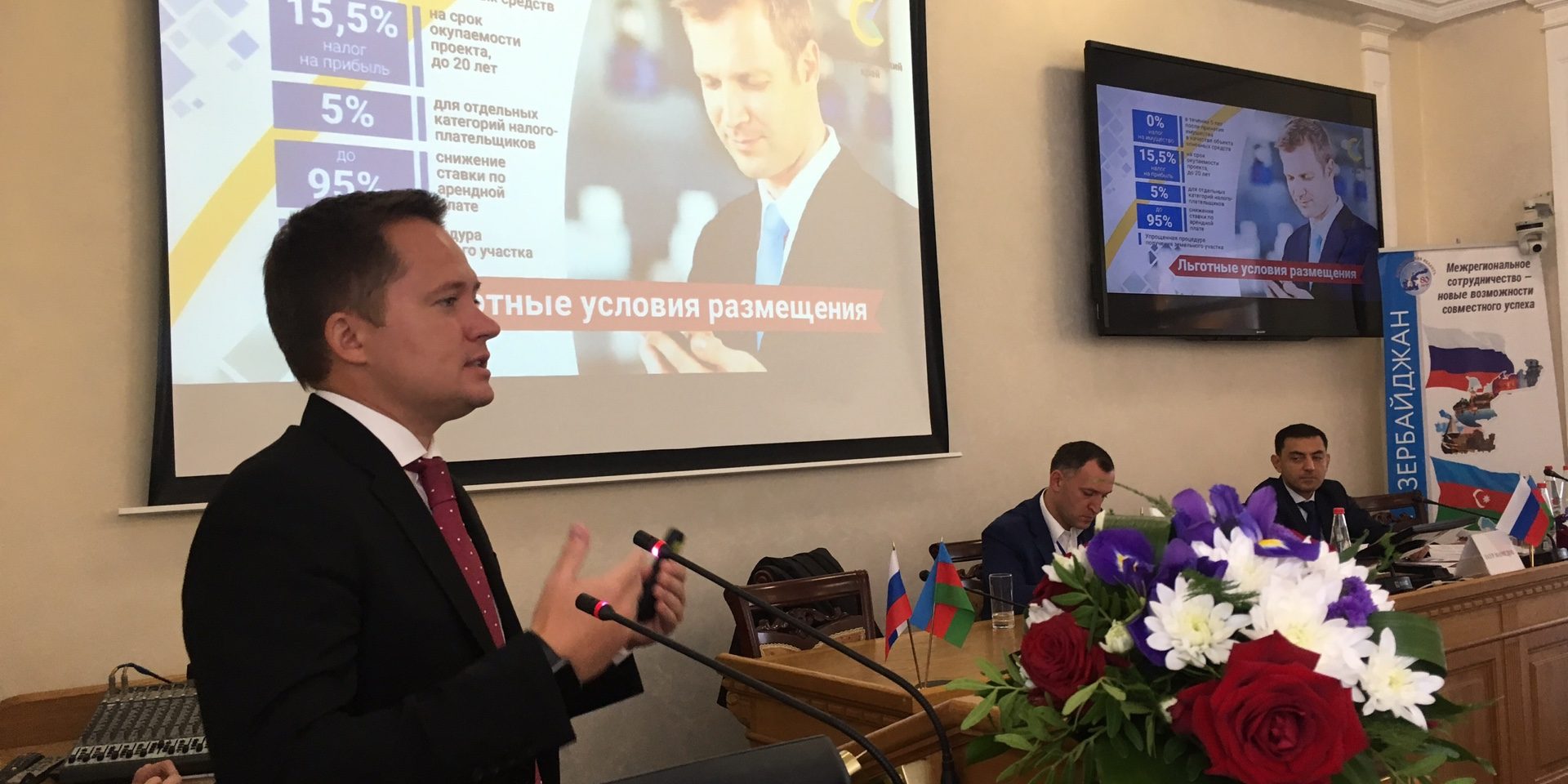 President of the Research Foundation Farhad Amirbekov, took part in the VIII-th Russian-Azerbaijani interregional forum “Investments, Innovations, Tourism”, which was held on 28th September in Stavropol.

The agenda of the forum included issues on cooperation in the industrial and humanitarian spheres, development of tourism, healthcare innovations, business relations exchange, and were signed bilateral cooperation documents.

In his congratulatory message to the forum participants, Azerbaijani President Ilham Aliyev noted that the annual meetings of officials, businessmen and experts of the two countries have already become a good tradition that contributes to deepening the constructive dialogue between the countries and gives impetus to the development of Azerbaijani-Russian ties.

Speaking about the dynamics of bilateral cooperation, Azerbaijani Minister of Economy Shahin Mustafayev said that more than two hundred agreements in the field of economy were signed between the two countries, 70 Russian companies operating in Azerbaijan invested $ 3 billion in the country’s economy. At one time, Azerbaijani companies invested $ 1 billion in the Russian economy.

The meeting was also addressed by the General Director of the Russian Export Center, the Chairman of the Russian-Azerbaijan Business Council Mikhail Fradkov, the head of the Export and Investment Promotion Foundation in Azerbaijan Rufat Mammadov and other representatives of the business elite of both countries.

At the end of the meeting, documents on economic cooperation between Azerbaijan and Russia were signed.