The Existing and The Real Energy Perspectives of Turkmenistan and Iran 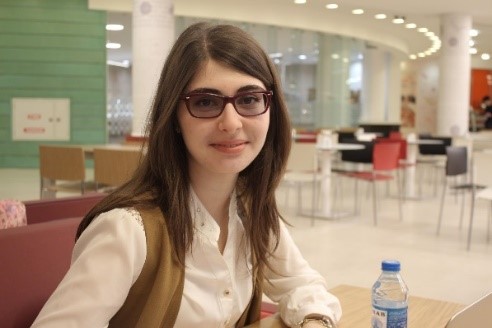 Today, there a lot of countries are rich with the energy resources that could lead to the prosperous economy, which could positively contribute to the scale of global economy.  Despite this kind of perspectives, a lot of countries cannot exercise their potential in this area. Turkmenistan and Iran are two countries that have obstacles to use its energy potential to increase the scale of economy by using energy resources. Iran cannot fully illustrate its potential in supplying Europe, which is one of the powerful economies in the world because Iranian government is under the sanctions. On the other hand, Turkmenistan is blocked because, for long period the country was dependent on one buyer (Russia), who have stopped buying gas from Turkmenistan. Since both of countries are developing, it is extremely important for them to grow their economy because the better living standards are desired in those countries (Aliyeva, 2018).

Today, it is essential to unblock Turkmenistan and Iran to stop the hegemony of Russia in region and make Europe less dependent of Russia. This problem became more visible in the last decade since growing economy of the Europe annually requires more and more energy resources. Since Russia is the biggest exporter of gas to Europe, where gas is more demanded due to the environmental reasons, Europe heavily depends on Russian resources and the corridor of North Stream I. Utilizing the energy potential of Turkmenistan and Iran could open new corridor to the Europe and decrease its dependency on Russia.  Moreover, keeping in mind the fact that the main policy of Europe in terms of energy resources constitutes the strategy of diversification, unblocking these countries could serve for this purpose as well. Additionally, due to the integration of the potential energy resources of Turkmenistan and Iran to Europe, geopolitical map of the neighborhood could be changed as well. However, despite the existing potential, reality dictates its rules, because there are substantial obstacles, which cannot be overcome the last decade, preventing Iran and Turkmenistan to utilize its energy potential (Johnson, 2012).

As it was mentioned in the introductory part both Iran and Turkmenistan are blocked in the region, which happened because of several reasons.

Iran cannot sell its oil and gas resources to Europe, which constitutes one of the biggest consumers of gas in Eurasia. Despite Iran has 32.3 trillion cubic meters of proven gas resources, it exports just 8.567 million cu. m gas for the whole 2016, which was one of the highest in the last 5 years (OPEC, 2018). In the period between 2008-2016 the export of Iranian gas to Europe dropped several times as if in 2008 Iran exported total 758 barrels per day to Europe and in 2015 oil export to Europe was 111 barrels per day, which is extremely low. The situation became better in 2016, when the oil demand increased in Europe due to sanctions to Russia, and Iran exported 497 barrels per day, which is the highest possible in the last 2 years. Currently, the market of Iran is Pacific and Asia, where it exports 1.42 million barrels of oil per day. Keeping in mind, the potential of Iran and the fact that it is the 17th larges country in the world, the perspective of Iran energy resources is left behind due to the sanctions that imposed on the government by Europe. This happened in 2008 because of the use of nuclear energy and practicing it, which is the violation of international law to which Iran is party to.

Due to the sanctions Iran’s main consumer Europe stopped any trade relationship with Iran that destroyed economy of the country so that today other states refrain from the foreign direct investment to Iran.  Since oil and gas industry is the core of Iranian economy, the economy suffered tremendously from sanctions of Europe.  Additionally, US also put sanctions to Iran due to the use of nuclear energy, which stopped any business and trade relationship with Iran. Today, even all businesses that have branch in Iran are closed and foreign companies and businesses from US stopped operating in Iran. The sanctions of Europe and US blocked Iran and left no market for Iran to integrate except Africa, Pacific and Asia.

These two blocked countries try to support each other by signing contract, where Turkmenistan would export gas to Iran in the case of request. This means that the revenue is not constant and depends on the requests and needs of other countries. In this case Turkey is the potential customer but it does not request it on a constant basis, which worsens the economic situation of Turkmenistan.

The cut of oil trade lead to the stock in the Iranian economy as the main source of revenue decrease nearly two times.  Europe stopped buying oil and gas due to the use of nuclear power, which was the main client of Iran. Due to the fact that Iranian economy depends on the European demand, this situation devastated the economy. The budget of Iran suffered a lot, since the revenue was cut 2 times, which lead to the devaluation of the currency. The main issue in Iran today is youth unemployment, which is the result of the closed US businesses in Iran, which is going to be even worthier in the face of the depreciation of Iranian currency and abolishing of the subsidies scheme.

Additionally, the exports of the country dropped dramatically since due to the sanctions of EU and Iran could not export its energy products. The exports dropped also due to the sections of US that lead to the shut up of all business that was somehow connected with the US entrepreneurs. The level of production decreased dramatically, which narrowed the economy of the scale.

Overall, these sanctions lead to the point that Iran lost its market share and it was occupied by the other dominating suppliers such as Russia. Due to the sanctions that economically blocked Iran in the region, the political domination of Russia increased as well. Certain type of the product that was imported to the Iranian market from Europe, especially bread and sugar, now stopped imports and no investments done by the foreign European countries. Due to this Iran started to pay for oil for goods policy, where Iran exchanges its oil with certain product with Russia, that empowers Russian in the region by increasing dependency of Iran from the Russian exports.   From political standpoint Iran was supporting Europe with oil and gas and somehow balancing Russian and Iranian export to Europe but since Iran now is blocked, Russian political oppression over the region increased and made EU more dependent on Russia, since today Russia is one of the biggest exporter of gas to Europe. This is not beneficial to European side as well, because the main purpose of the security is diversification of suppliers, which is not achieved by the EU yet. Thus, the sanctions that lead to blockage of Iran resulted in increase in the interdependence between Russian and EU, that empowered Russia.

Additionally, the other superpower US does not support Iran due the sanctions that they imposed, which even increases the Russian domination.  The ongoing projects the construction of pipeline TAPI (Turkmenistan, Afghanistan, Pakistan and India) and IPI (Iran-Pakistan- India) is under the huge debate because the each of the superpower support different projects that makes the situation even worse. India is the potential market for Iran that uses a lot of energy with its non-stop growing population, where Iran makes an effort to build pipeline that could help Iran compensate the lost market share in Europe. However, this project is not supported by US and instead, it supported TAPI, so that ensure Iranian blockage.

Overall, the use of nuclear energy brought a lot of damages to Iranian economy, that why the best solution for Turkmenistan is to stop using nuclear energy.

Till today the gas process in Turkmenistan is the lowest and gas is given for every car even free at certain point. When the government notices that excess gas is still remained, they started to burn it. This has an implication that Turkmenistan has to increase its reserve capacity. Because Turkmenistan did not have place to reserve its gas, it had to either give for free or burn. While having reserve capacity, it could wait for potential buyer to occur.

The ongoing competing project TAPI (Turkmenistan-Afghanistan –Pakistan –India), Turkmenistan could have find new potential customers but this project is not supported by Russia. Another solution to unblocking Turkmenistan could be joining to TAP/TANAP project that currently, Azerbaijan jointly constructs, but the status of Caspian Sea or in the other hand the ownership of it, blocks Turkmenistan (because Caspian Sea still does not have the clear cut borders, it is not definite, which state should cover the cost environmental damage that any construction can have).

Thus, the best solution for Turkmenistan is to allow the foreign companies to invest in the infrastructure of Turkmenistan.

The fact that Iran and Turkmenistan are blocked in the region has a lot of consequences to both economy of the countries. This situation increases the European dependency on the Russian gas and makes Russia hegemon in the region. The cost-benefit analysis indicates that the use of the nuclear energy for Iran cost too much as it lost two big markets in face of Europe and USA and stopped the further investments on their homeland. Moreover, the future project IPI demands further investments that Iran currently do not possess.

In the case of Turkmenistan allowing only the national companies to invest on the infrastructure limits the country to use their existing opportunities. As with the foreign direct investment Turkmenistan could have better infrastructure and technology, which undeniably plays a very essential role in the development of the energy sector.